Woodlawn Arts Academy presents several theatre productions each year, including three musicals featuring students in second through eighth grades. In 2012, we partnered with with Sauk Valley Community College and Sterling High School’s Centennial Auditorium to form the Sauk Valley Theatre Alliance, which annually puts on a Theatre in the Park production on the outdoor stage behind the Academy. Additionally, we offer outreach theatre programs with Dixon Public Schools, as well as Rock Falls Middle School through the 21st Century Community Learning Centers grant with the Sterling-Rock Falls Y.

Ticket sales are announced on our website and social media as tickets become available. All seating is general admission. Watch social media if you’re waiting to purchase tickets at the door because we often sell out early! 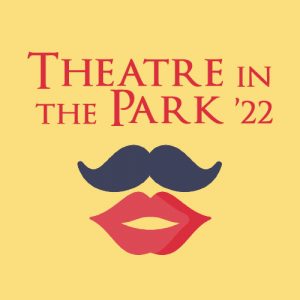 Woodlawn Arts Academy is a member agency of United Way of Whiteside County and Lee County. Programs are partially funded by grants from the Illinois Arts Council Agency and The Chicago Community Trust.

We use cookies on our website to give you the most relevant experience by remembering your preferences and repeat visits. By clicking “Accept”, you consent to the use of ALL the cookies.
.
Cookie SettingsACCEPT
Manage consent

This website uses cookies to improve your experience while you navigate through the website. Out of these, the cookies that are categorized as necessary are stored on your browser as they are essential for the working of basic functionalities of the website. We also use third-party cookies that help us analyze and understand how you use this website. These cookies will be stored in your browser only with your consent. You also have the option to opt-out of these cookies. But opting out of some of these cookies may affect your browsing experience.
Necessary Always Enabled
Necessary cookies are absolutely essential for the website to function properly. This category only includes cookies that ensures basic functionalities and security features of the website. These cookies do not store any personal information.
Non-necessary
Any cookies that may not be particularly necessary for the website to function and is used specifically to collect user personal data via analytics, ads, other embedded contents are termed as non-necessary cookies. It is mandatory to procure user consent prior to running these cookies on your website.
SAVE & ACCEPT
Skip to content